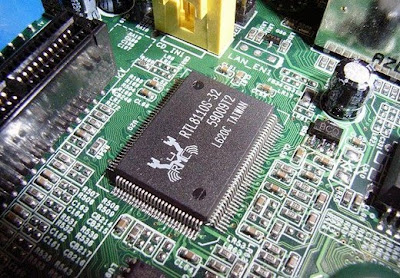 The ALC850 integrates an on-board dual PLL clock generator (14.318MHz and 24.576MHz), saving the cost of a 24.576MHz crystal. A PCBEEP generator is built-in and can be programmed by the BIOS to generate POST beeps without a buzzer. S/PDIF input and output functions are also supported, offering easy connection of PCs to consumer electronic products such as AC3 decoders/speakers, and mini disk devices.

It is highly recommended to always use the most recent driver version available. Do not forget to check with our site as often as possible in order to stay updated on the latest drivers, software and games.

Try to set a system restore point before installing a device driver. This will help if you installed a wrong driver. Problems can arise when your hardware device is too old or not supported any longer.