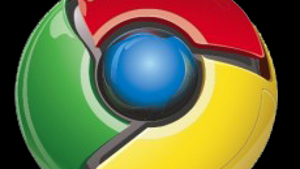 Google released a Chrome 5 beta build this week that brings a significant boost to the browser's JavaScript performance, improved support for emerging Web standards, and a number of noteworthy enhancements to the browser's cloud synchronization framework. After running the beta for most of the day, I'm convinced that Chrome is reaching a sweet spot of feature richness and leading performance that will make it a real winner.

Chrome's V8 JavaScript engine benefits from a particularly profound advancement in the new beta. A major optimization effort by the V8 team in Denmark has increased the browser's JavaScript performance by roughly 30 percent. When we conducted benchmarks to see how it compares to competing browsers, we discovered that it has taken the lead, edging in slightly ahead of the swift Safari nightly builds. The test was conducted with the SunSpider benchmark suite on a quad-core Mac Pro. The new Chrome 5 beta completed the benchmark in 338.4ms, the Safari nightly completed it in 373.4ms, Opera 10.53 came in third place with 389.6ms, and Fire

Another major improvement in the beta is support for synchronizing browser preferences and themes. For example, when you change your default home page setting in Chrome on one computer, the change will be propagated almost instantly to your other computers. This feature builds on the existing support for bookmark synchronization that was introduced last year. Chrome's synchronization framework is progressing nicely, but there are still some holes that need to be filled. Support for synchronizing extensions and open tabs is still absent. I'd also really like to see Google bring Chrome bookmark synchronization to Android in the same way that Firefox has enabled Weave support for Fennec. 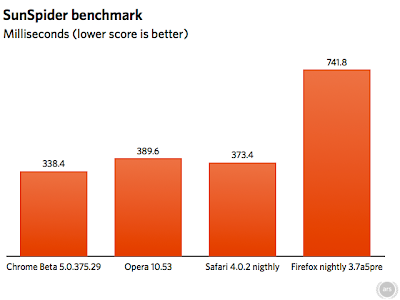 On the Web standards front, the beta delivers several important new features, such as support for Web Sockets and drag-and-drop. I'm particularly enthusiastic about Web Sockets, a feature that allows JavaScript code to establish persistent TCP connections with remote servers. It will open the door for lower latency communication between browsers and Web servers.

This is the first Chrome beta to come bundled with a built-in Flash player—the result of a partnership that Google and Adobe announced last month. The two companies plan to cooperate on a broader effort to overhaul the underlying standards that enable browser plugins. I'm not seeing any real difference in Flash's behavior. The popular FlashBlock extension still works properly with the new system.

I've been a devoted Firefox user ever since Mozilla won my heart back with Firefox 3 in 2008, but I find myself increasingly drawn to Chrome as its performance continues to improve and feature set expands. It's not surprising that the Google browser's marketshare has been climbing. The responsiveness of the user interface is an area where it dramatically beats Firefox, especially on the Linux platform.

Although Chrome has come a long way, there are still some puzzling deficiencies that have yet to be corrected. The lack of proper tab overflow behavior—one of the major weaknesses that I identified in my very first Chrome review—still hasn't been fixed. If Google can iron out some of those remaining rough patches, Chrome will be unstoppable.