My wait is Over!!

Anyway its NIRANAM, a beautiful cute village, where I spent my childhood. You know that was a great experience. Everything is almost same as before. We were living there in a rented house. It was a normal style traditional house. But now the house is no more there, it has been rebuilt. In front of our house there is a stream which ends in paddy field. When i look around there was full of greenery. A duck farm is there. 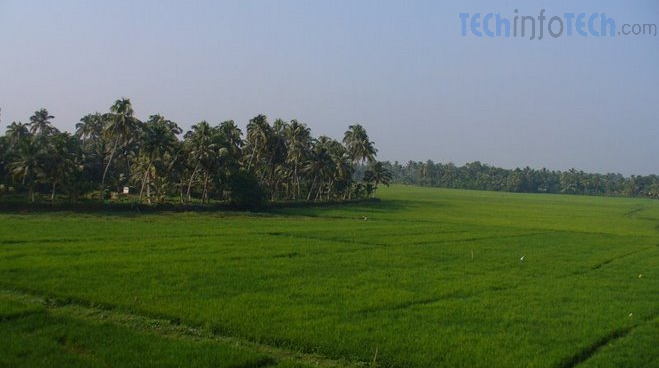 Even now i can remember, In every rainy season almost every part of the village was in water. At that time the youngsters there used to catch fish in large quantity using various types of fish nets. I also had a Fish-hook with which i used to catch fish. I really enjoyed that. That days were really wonderful.

The people there were really nice, were so loving. Everyone in the locality was our neighbours. We were in company with everyone. The people were caring, truthful, helpful,they were innocent, I don't know what to say, sometimes words cannot express feelings...

Actually today also there is not much changes, the paddy fields are there, the stream is there, the houses there is almost the same expect some new homes the people are also same. When I was there I did not know all the people with their names but every single face was there in my mind. Now also I can clearly remember their faces. When I went there I was able met many of the faces but some of them were not there, some passed-away.

When I was talking with them I don't know how much happy I was!. Sometimes tears filled my eyes. There was an Ammachi(This term is used, mainly by Christians, to mean mother/Old Women) can you guess what's her age? she is now 103. She has become almost blind but she remembered me, I am still in her mind I was so happy. Another ammachi almost 85, she was staying alone. When we visited her home she was surprised to see us. She was very much happy that she hugged everyone of us and cried with joy.

Most of the time during this visit  I was speechless and was enjoying their immense love.

I came back to home but my mind was still wandering in Niranam. Every nook and corner of that place and my old home (that is not there now) is clearly saved in my mind. I'm saying this because I don't have any photographs of that  period or that place. But I can remember every details of that place as it was before twenty years. Sometimes I think If there were a software that could read our mind and convert it into photos or videos, then I could have made a thousands of photos of Niranam. I strongly believe that my wish will come true in future!!
Wish all you a happy and prosperous new year.
MyOwn